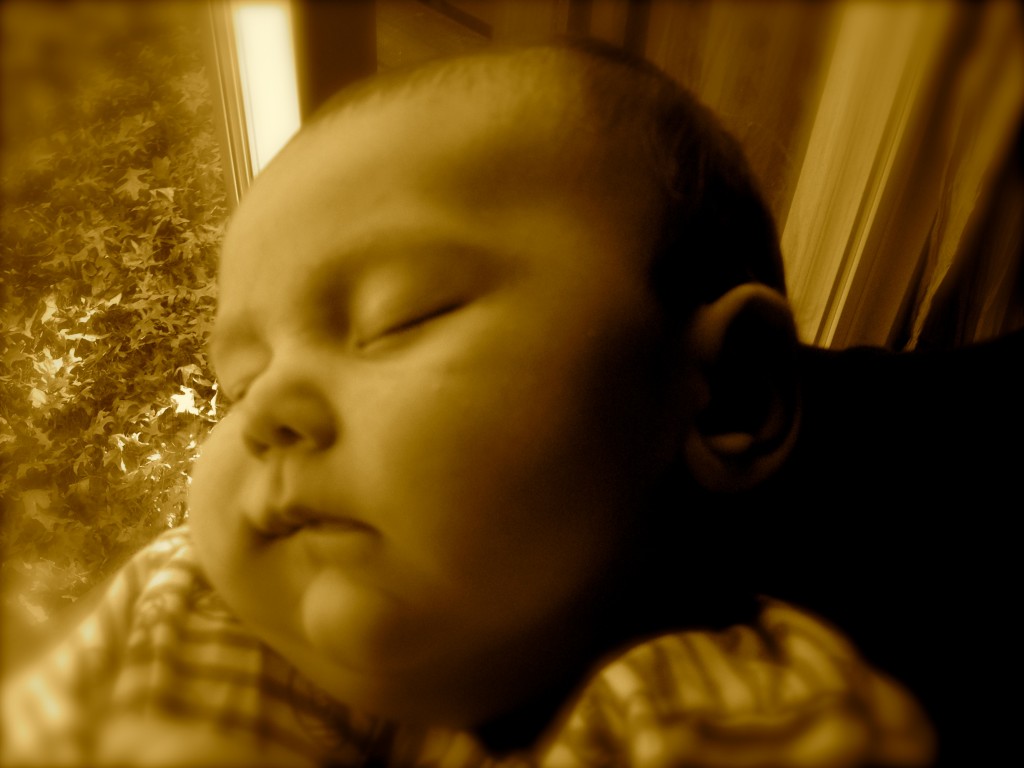 As most of you know, Bob is known for having active dreams. You guys have heard me tell you about him looking for gnomes under the bed, mice along the headboard and kicking me out of bed to go get the paper. Now with Ben, his dreams have become all about the baby or the subject of babies. Let me just tell you a few of them.

Dream #1: Bob wakes up, freaked out. Why? Because apparently we had triplets and they were sleeping in bed with us and he rolled over one of them.

Dream #2: Bob wakes up, freaked out. He’s fumbling around in the sheets frantically. I wake up after only 15 minutes of sleep to him asking me, “Where’s the baby? Where’s the baby?” Apparently, he was holding the baby and lost him in the bed.

Dream #3: After feeding Ben, I go back to bed and tug on the comforter because Bob has it all bunched up. He holds on to the comforter in a tight grip and won’t let go.

Besides the dreams, Bob also is very confused and discombobulated whenever you wake him up to tend to Ben. It is pretty hilarious. I’ll wake him up and he’ll ask me such crazy and random things. Or he’ll pop up out of bed and walk away without the baby. Or he’ll just sit up, look at me and then lay back to to go to sleep. After 8 weeks of Ben, he still can’t wake up properly.

I do have to say one thing about all of this, Bob’s antics do add some comic relief to the late night feedings.